Carers Japan aims to build a society where all people can live in harmony by (1) bringing together carers, people who care about carers, and people who are willing to work at a societal level on challenges facing carers, (2) connecting different care systems that are fragmented by illness and disability, and (3) promoting the reform for social security that leverages compassion and solidarity of citizens.

Carers Japan engages in various activities based on the following visions:
1. People who need care and their carers should both be recognized and respected.
2. Services and support should be developed and promoted to ensure the environment where people can continue to provide care without too much stress or burden on their mental and physical health.
3. Carers should be able to continue to participate in society without having to give up their education, jobs, hobbies or other activities because of their caring responsibilities.
4. Public awareness should be raised so that carers can be better recognized and understood and their experiences can be more appreciated in policymaking.

In our society, there are people who need care in their daily living.
They include people with disabilities, those with illness or injury, older people who need support and others.
Meanwhile, there are also people who provide care to these people, living with physical, mental and financial insecurity but without future prospects.

Among those providing care (carers) are children and young people. There are also carers who have other family and work responsibilities.
Some carers are retirees who could have enjoyed their own time, while others are very old and can barely manage their own personal care.
Some carers are forced to leave their jobs or give up their educational opportunities due to caring responsibilities.

If care forces carers to sacrifice their own lives, present and future, would you call it “good care”?
Would people who need care want their carers to make sacrifices for themselves?

We all have the right, as individuals with dignity, to decide how to live our own lives.
We should change our society that has long put a burden on carers in all aspects, including physical, mental and financial ones.

We can connect different care systems that are fragmented by illness and disability. We can hold hands as “carers” by bringing together carers, friends and neighbors who care about carers and want to do something to help them, citizens who are willing to work at a societal level on challenges facing carers, as well as experts in the field. These efforts should not only support the current carers but also give hope to everyone who may become a carer sometime in the future.

We hereby declare the establishment of Carers Japan, aiming to build a society where people who need care and their carers can all enjoy and fulfill their own lives.

Establishment of Carers (unpaid carers such as families) Japan.
November 21, 2010
Carer Support Forum: “Saving carers from isolation.”
March 2011
Publication of a report: “Study on the current state of and necessary support for various carers, mainly family (household) members.” (a joint project with Carer Support Network Aladdin)
June 28, 2011
Forum: “The current state of carers and recommendations for their support.”
November 30, 2011
Establishment of Carers Japan (General Incorporated Association).
March 2012
Publication of a report: “Study on carers (unpaid carers such as families) in the communities hit by the Great East Japan Earthquake: The current state of and future support for the carers.” (a joint project with Carer Support Network Aladdin)
June 27, 2012
Carer Support Forum: “Supporting carers in a community.”
March 2013
Publication of a report: “Study on practice of model projects, including testing of tools to support various carers in communities and development of a capacity building program.”
June 16, 2013
Carer Support Forum: “Tools and mechanisms to support carers in a community.”
October 6, 2013
Forum: “Becoming carers for their families in their teens: Young carers talk about caring and end-of-life care.” (as part of Grassroots Caregiving Festival)
February 23, 2014
Symposium for young carers: “Young carers in their teens and 20s.”
July 23, 2014
Carer Support Forum: “Let’s broaden a circle of support for young carers.”
August 8, 2014
Establishment of Young Carer Study Group
October 18, 2014
Seminar: “Young carers’ stories about their caregiving experiences: ‘I was 19 when I cared for my grandpa.’” (as part of Care Festival 2014)
June 21, 2015
Carer Support Forum: “It could have been me: Murders by carers, human rights of carers, support for carers.” 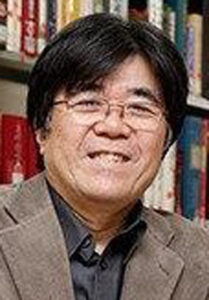